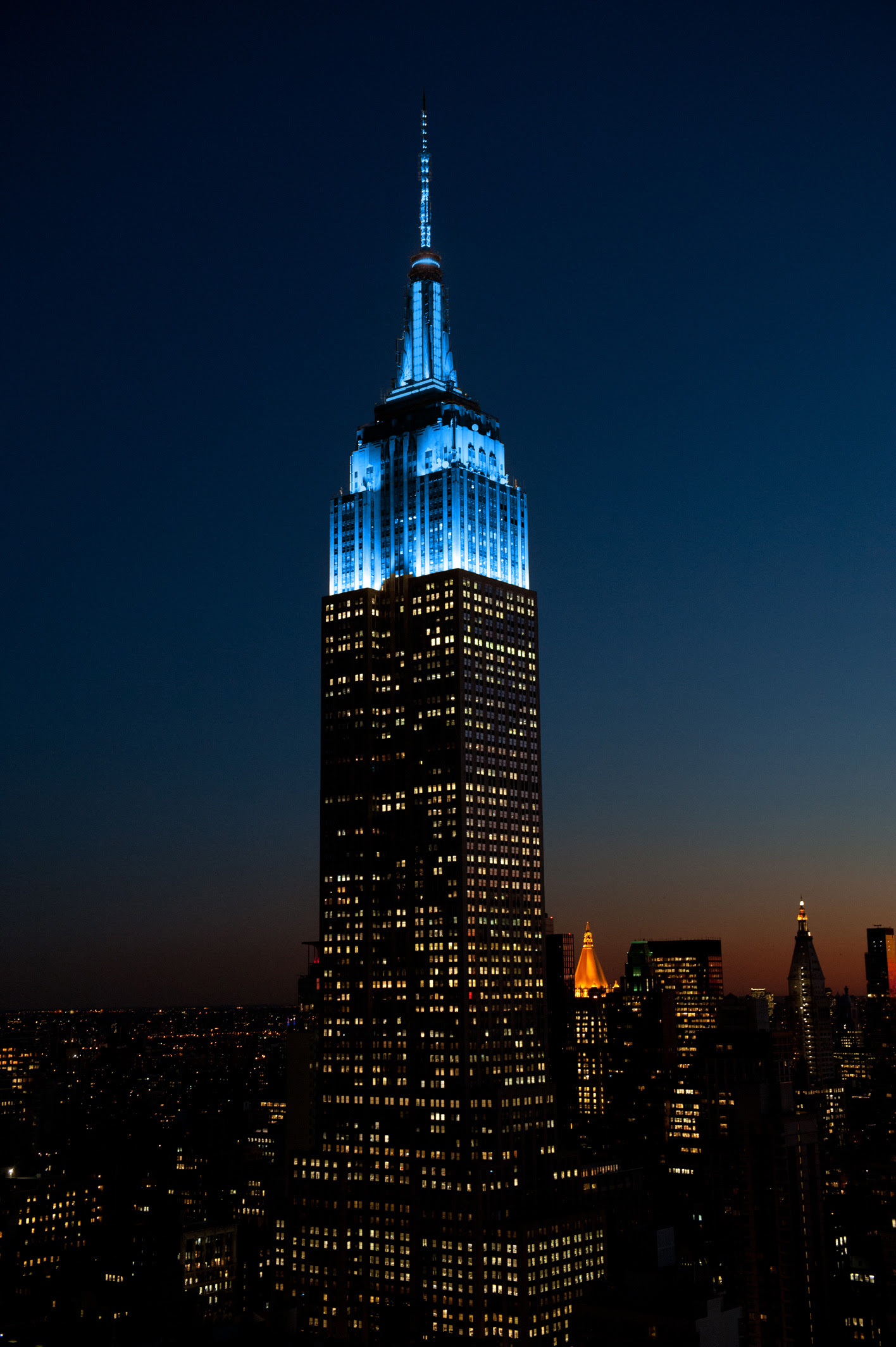 The Empire State Building will shine its world-famous tower lights in sky blue with a white peace sign rotating in the mast tonight, Thursday, October 8, 2020, in partnership with the John Lennon Estate and Universal Music Group to celebrate John Lennon’s life and legacy ahead of what would have been his 80th birthday, Friday, October 9. The lights will illuminate at sunset (approx. 6:25 pm EDT) and stay on until 2 am EDT.

Sean Ono Lennon will be on hand to flip the switch and light up the iconic building in honor of his father.

The celebration coincides with the release of a new album titled, Gimme Some Truth. The Ultimate Mixes. (Capitol/UMe), which collects together 36 of Lennon’s most vital and best loved songs from his solo career. Executive produced by Yoko Ono Lennon and produced by Sean Ono Lennon, the songs have all been completely remixed from scratch, radically upgrading their sonic quality and presenting them as a never-before-heard Ultimate Listening Experience.

One of New York City’s most famous residents, John Lennon famously moved to Manhattan from the UK in 1971 following the breakup of The Beatles and called the city home until his death in 1980. A vocal lover of New York, he eventually won a hard-fought immigration battle that allowed him to stay in the United States and in his beloved, adopted hometown. Lennon and Ono lived together at The Dakota near Central Park where they raised their son Sean and where Ono still lives. Lennon wrote and recorded several solo albums in NYC including  Mind Games (1973), Walls and Bridges (1974), Rock ‘n’ Roll (1975) and his collaborations with Ono, which include Sometime In New York City (1972), his final studio album, Double Fantasy (1980), and the posthumously released, Milk and Honey (1884). Notably the strings and final mixes for Lennon’s Imagine (1971) album were recorded at the famed Record Plant in NYC.

In 1980, following his passing, photographer Bob Gruen was asked to choose an image for a vigil in Central Park for fans to grieve and chose a photo he took of Lennon wearing a white sleeveless t-shirt emblazoned with New York City in bold black type. The now iconic image, much like New York to the Liverpudlian, has become synonymous with Lennon and a point of pride for the city. Strawberry Fields in NYC’s Central Park is a living memorial to the world-famous singer, songwriter and peace activist, John Lennon.

“New York, to most people from Britain or Europe, is America. I mean, apart from the Hollywood side of it, because that’s the picture you always get as a child. You’re brought up on that skyline of Manhattan and it’s a real dream to be here and feel part of it.”

“It was Yoko who sold me on New York. She’d been poor here and she knew every inch. She made me walk around the streets and parks and squares and examine every nook and cranny. In fact, you could say that I fell in love with New York on a street corner… And I still do that with newcomers today, drop them down outside the Plaza and make them walk through Central Park, down to the East River, the Hudson, everywhere.”

“Well I’ve met a lot of New Yorkers who complain about it but nobody moves out! It’s the greatest place on Earth and if this was Rome I’d wanna live in Rome, not in Wales.”

Universal Music Enterprises (UMe) is the centralized U.S. catalog and special markets entity for UMG. Working in tandem with all of the company’s record labels, UMe provides a frontline approach to catalog management, a concentration of resources, opportunities in new technologies and an emphasis on strategic marketing initiatives to engage all types of consumers across multiple entry points and platforms.

About the Empire State Building